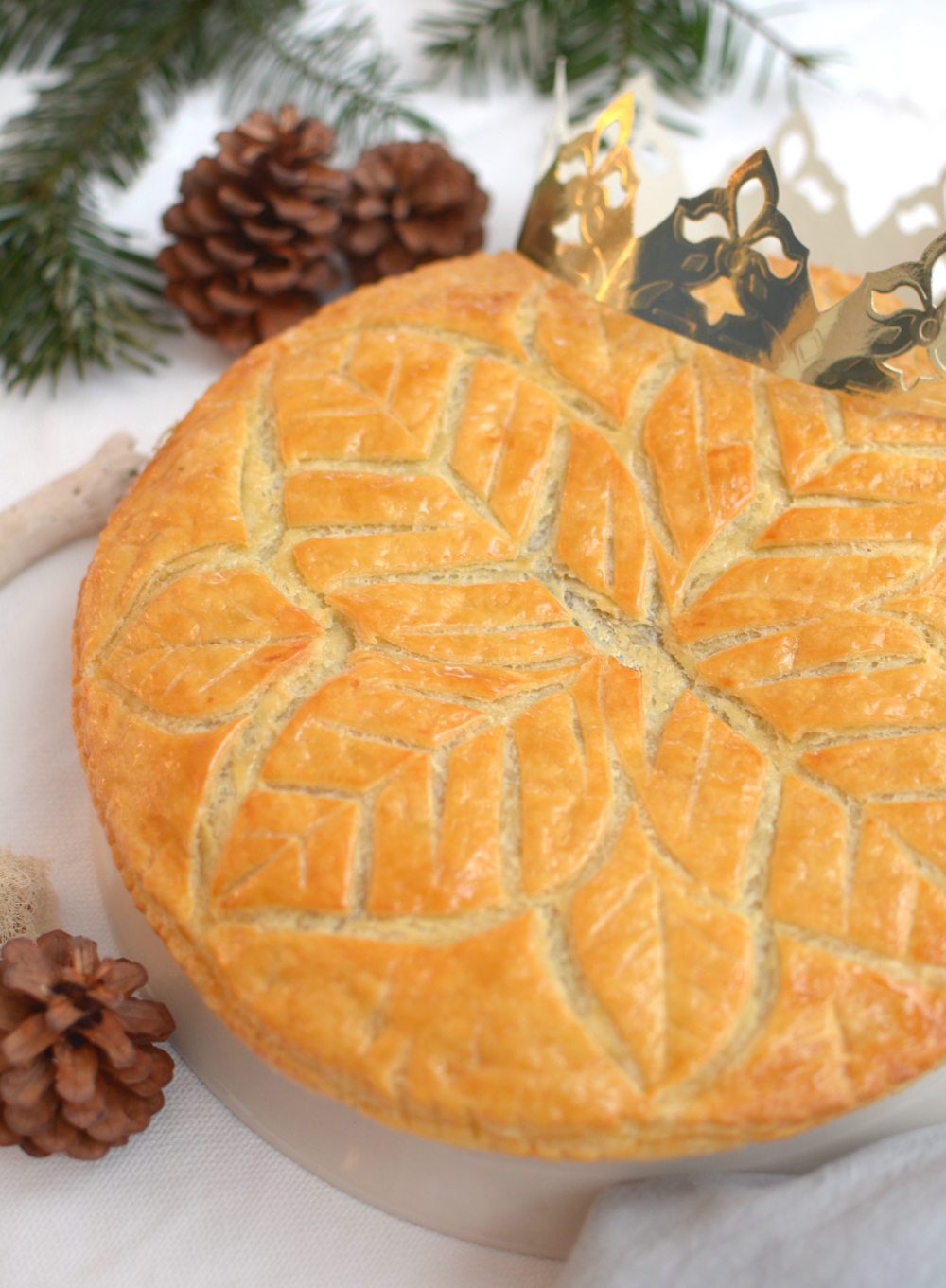 The French tradition for Epiphany, and throughout January,  is to bake the ‘King’s Cake’, or Galette des Rois. It is a round flaky puffed pastry filled with a frangipane or almond cream, inside which is hidden the fève, a little ceramic figurine. Whoever gets the fève in its slice, becomes King or Queen and gets to wear the crown! 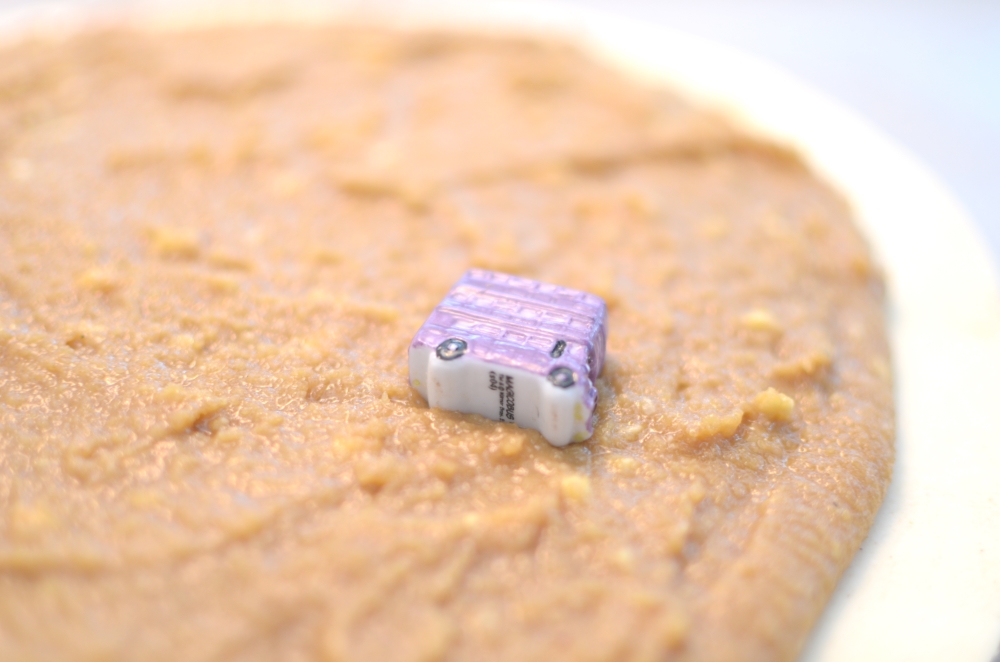 I like to celebrate Epiphany by baking a galette every year and share this French tradition with our Finnish friends. Tirer les rois – or pinking the king – is always a good occasion to get together and children are so excited when biting their slice, often opening it up searching for the much coveted fève. Nowadays the fèves come in all kinds of shapes and sizes. A very good friend of mine has offered to his wife a fève everyday for the past years, hunting the most beautiful and rare ones from the internet. Her collection is huge, and this little double-decker purple bus in my galette today is a gift from her (merci Sylvie!) As a sidenote, if you have very small children, I recommend you use an almond instead of the fève. 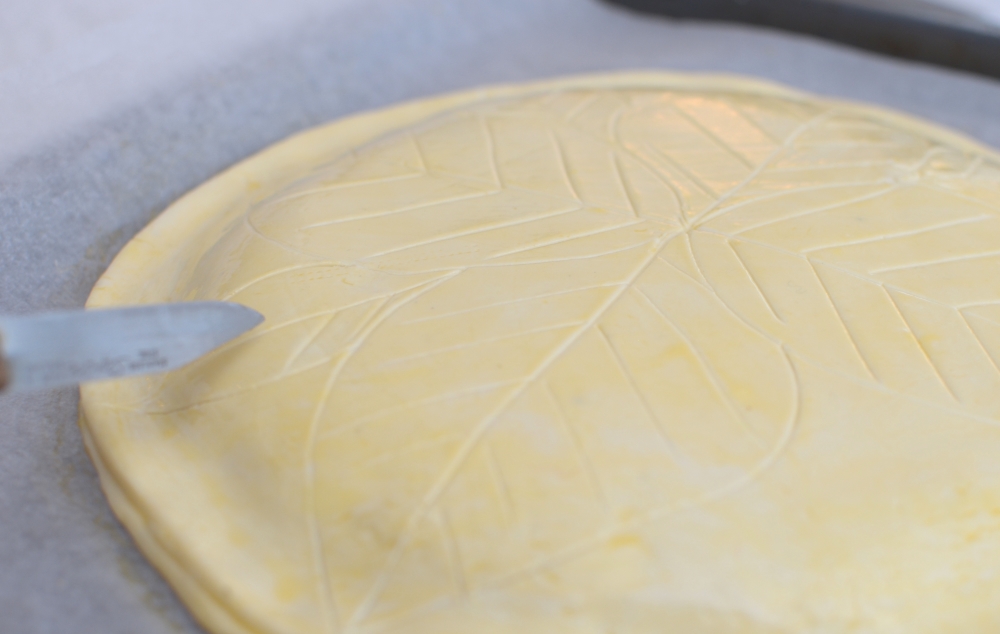 Today I prepared almond cream to fill my galette, a lighter filling than the classic frangipane. The flaky puffed pastry is homemade. Preparing a classic puff pastry dough is a rather long and tedious process, but you can try my Quick & Easy Rough Pastry Dough recipe instead! It doesn’t require any complicated foldings and long waiting times, and it is ready in minutes!

Now, did you know that the President of France doesn’t get a fève in his galette at the Elysée Palace? That is because a President cannot become… a King! 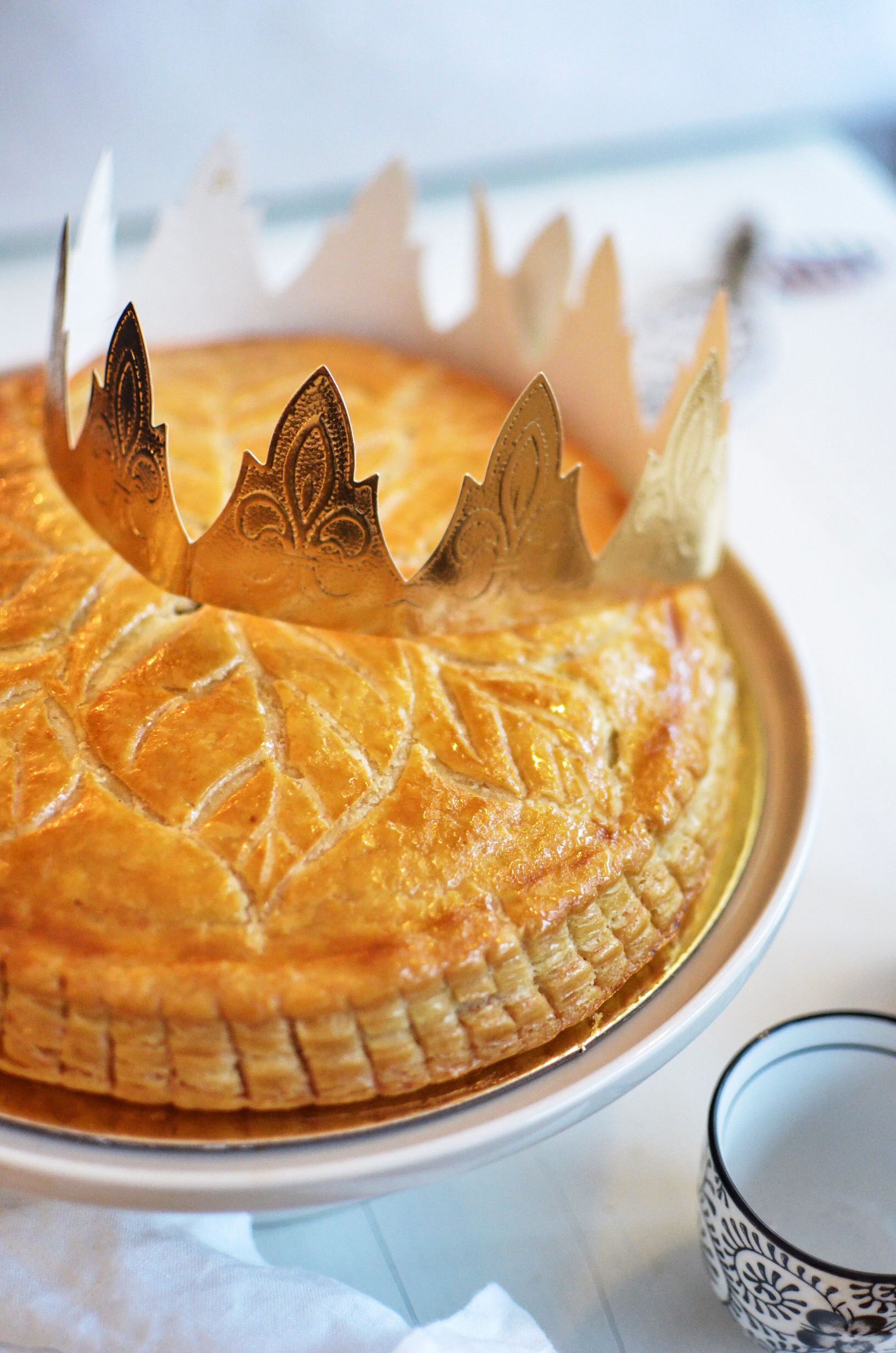