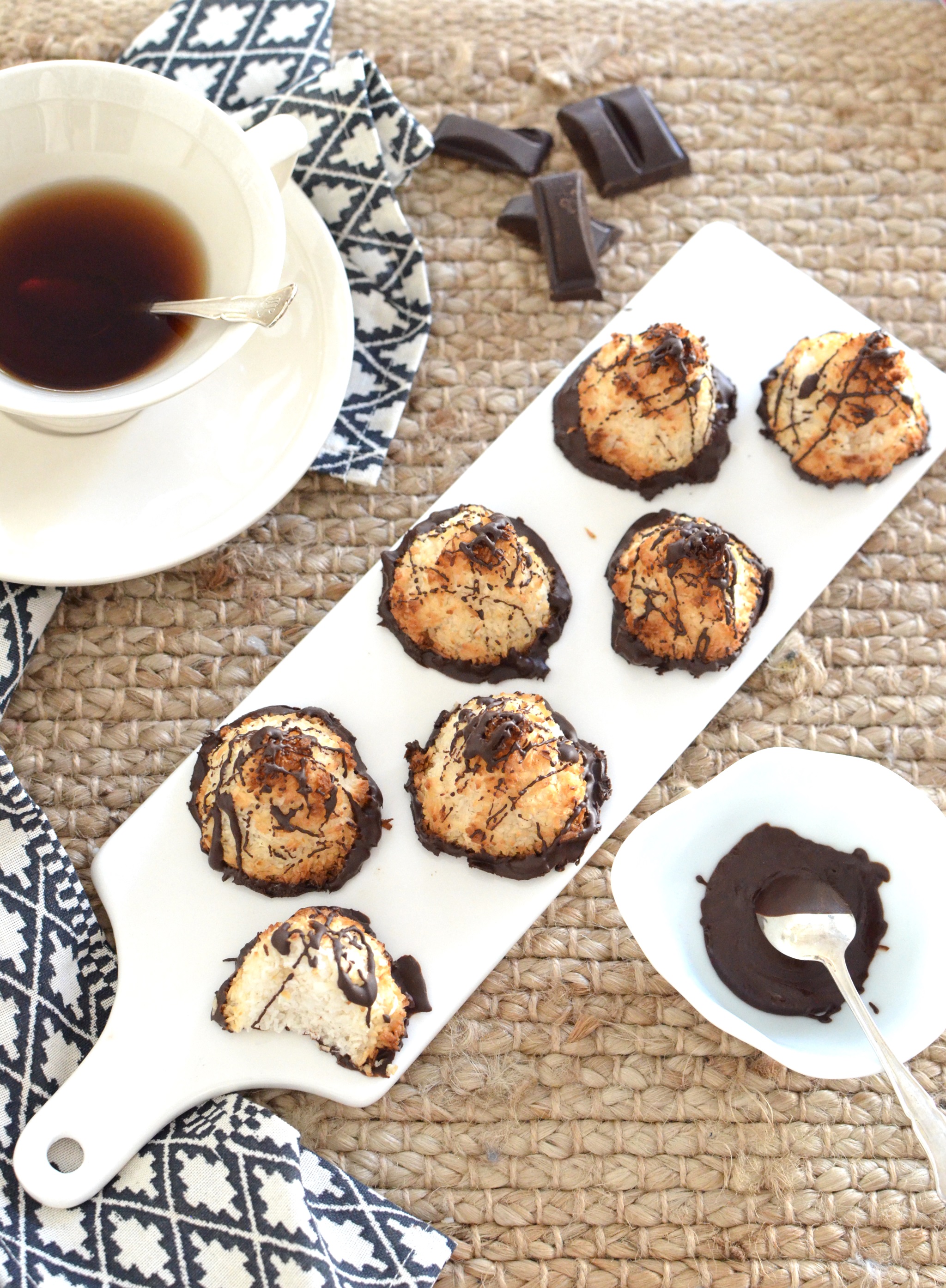 Sour, bitter, sweet, salty… In few days the French school where my son attends will organize the ‘Days of Taste’ (Journées du Goût). The aim is to bring food awareness to children and showcase the diversity of taste. I strongly support any initiative that instills in children the curiosity to taste and transmits the passion for food. So I happily volunteered as one of the parents who animates a culinary activity, – for me a baking atelier of course! Now, what could be baked easily and quickly with small children, without fancy material, or long rising time, and with very limited access to a rudimentary oven? Rochers cocos, also known as coconut macaroons.

Rochers cocos are typically the treat we make in France when we have leftover egg whites. I would whisk egg whites with sugar before adding shredded coconut, and less than half an hour later I would enjoy delightful coconut macaroons, chewy on the inside with a crisp exterior. This time I didn’t have any egg whites left in my fridge, so I decided it was a good time to try a vegan version of my rochers. 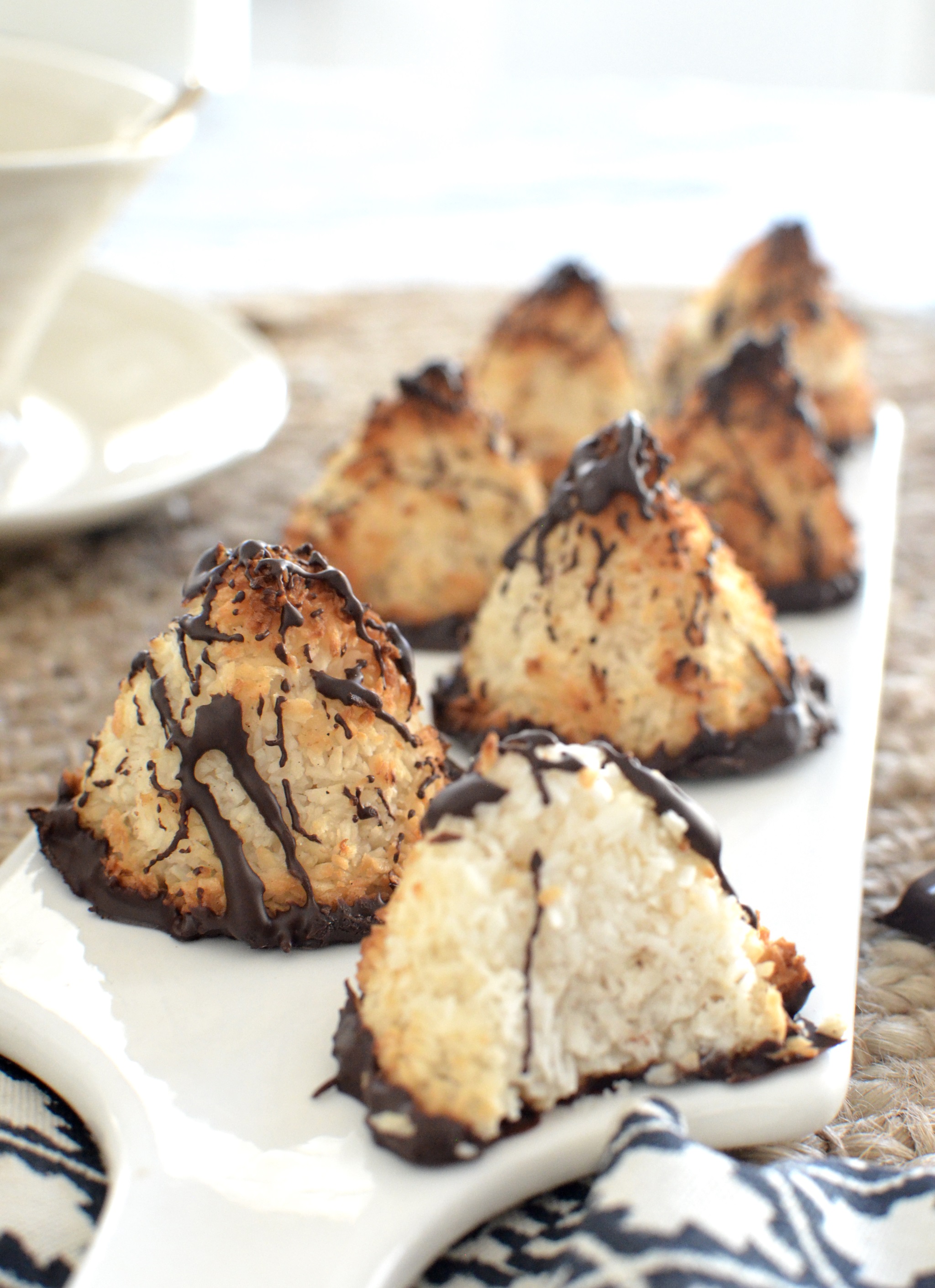 I swapped egg whites with rice milk, corn starch and applesauce. I first tried applesauce alone, but the macaroons turned too yellow to my taste and had a bit too dense texture. A real rocher must be airy and white inside, with caramelized exterior. My second try was with rice milk and corn starch: it looked perfect but the texture was too crumbly. A combination of all did the trick! 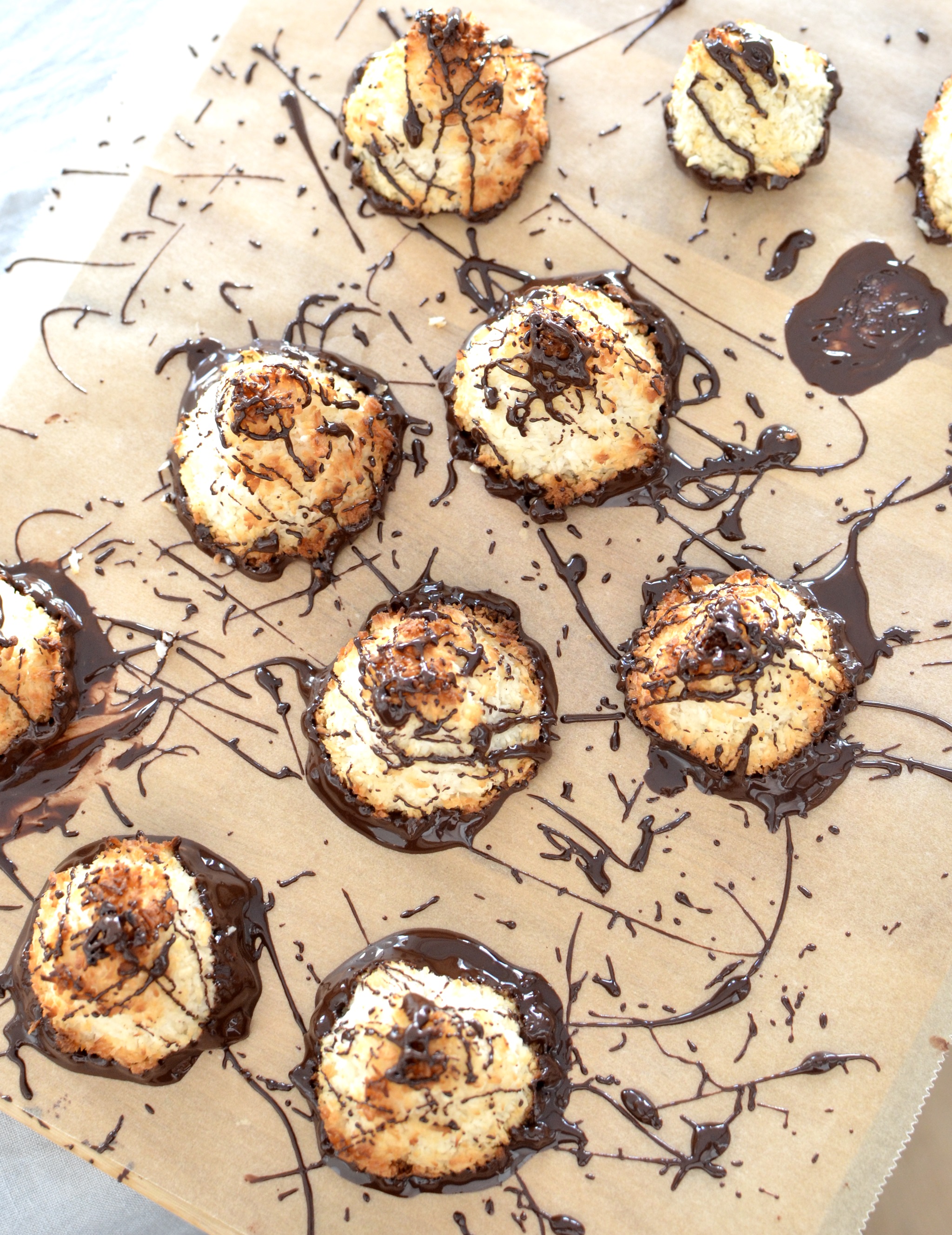 I replaced white sugar with agave syrup for a healthier twist (maple syrup works too, although the macaroons won’t be as white). I dipped the rochers in melted dark chocolate and drizzled some more all over them. That is totally optional, but coconut paired with chocolate is just irresistible! 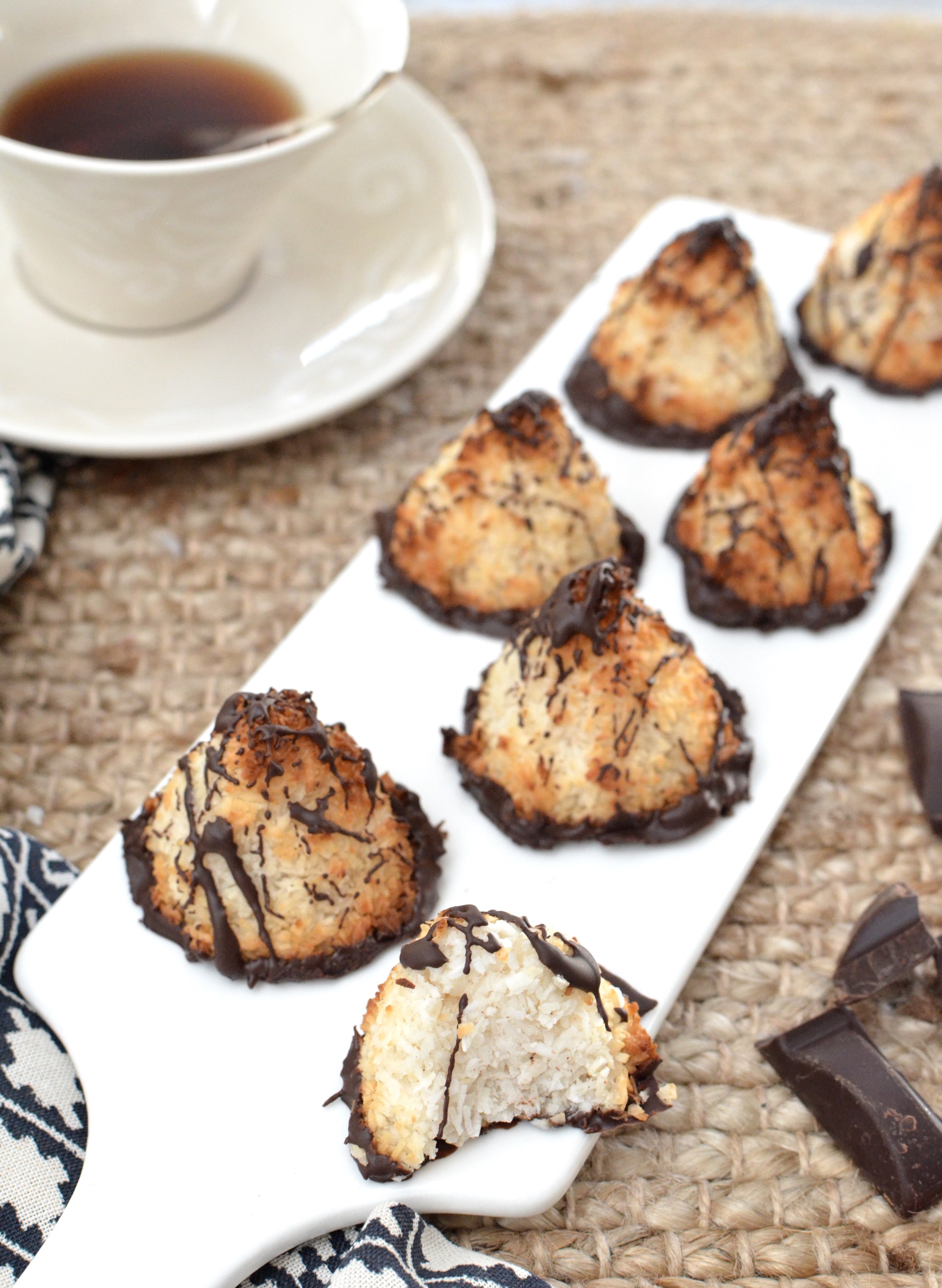 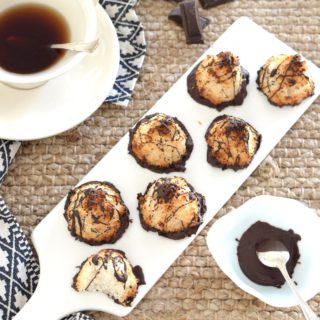